If you’re wondering what your business might be worth to an acquirer, there is a simple calculation you can use.  Let’s call it “The Build vs. Buy Equation”.

At some point, every acquirer does the math and calculates how much it would cost to re-create what you’ve built. If an acquirer figures they could buy your business for less than they would spend on both the hard and soft costs of re-deploying their employees to build a competitive product, then they will be inclined to acquire yours. If they think it would be less costly to create it themselves, they are likely to choose to compete instead.

The key to ensuring that what you have is difficult to replicate is focusing on a single product or service and building on your competitive point of differentiation. When you create a product that is unique and pour all of your resources into continuing to differentiate it from the pack, you can dictate terms, because re-creating your business becomes harder the more you focus on one thing.

The worst strategy is to offer a wide range of services and products only loosely differentiated from others on the market. Any acquirer will rightly assume they can set up shop to compete with you by simply undercutting your prices for a period of time and driving you out of business.

Chris Muench started C-Labs in 2008 to go after the burgeoning opportunities presented by the Internet-of-Things (IOT). He began by writing custom software applications that allowed one machine to talk to another. In 2014, he got the industrial giant TRUMPF International to acquire 30% of C-Labs, which gave him the cash to transform his service offering into a single product.

By the end of 2016, Muench’s product was showing early signs of gaining traction but C-Labs was running out of money.

In the end, TRUMPF acquired C-Labs in a seven-figure deal that could stretch to eight figures if Muench is successful in hitting his future targets. Why would a large, sophisticated company like TRUMPF acquire an early-stage business like C-Labs? Because they knew that re-creating Muench’s technology would cost much more than simply writing a seven-figure check to buy it outright.

In other words, TRUMPF used The Build vs. Buy Equation and realized that buying C-Labs was cheaper than trying to reproduce it.

Selling too many undifferentiated products or services is a recipe for building a business that—if it is sellable at all—will trade at a discount to its industry peers. By contrast, the trick to getting a premium for your business is having a product or service that is irresistible to an acquirer, yet difficult for them to replicate. 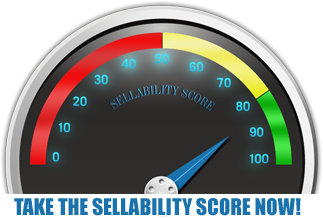